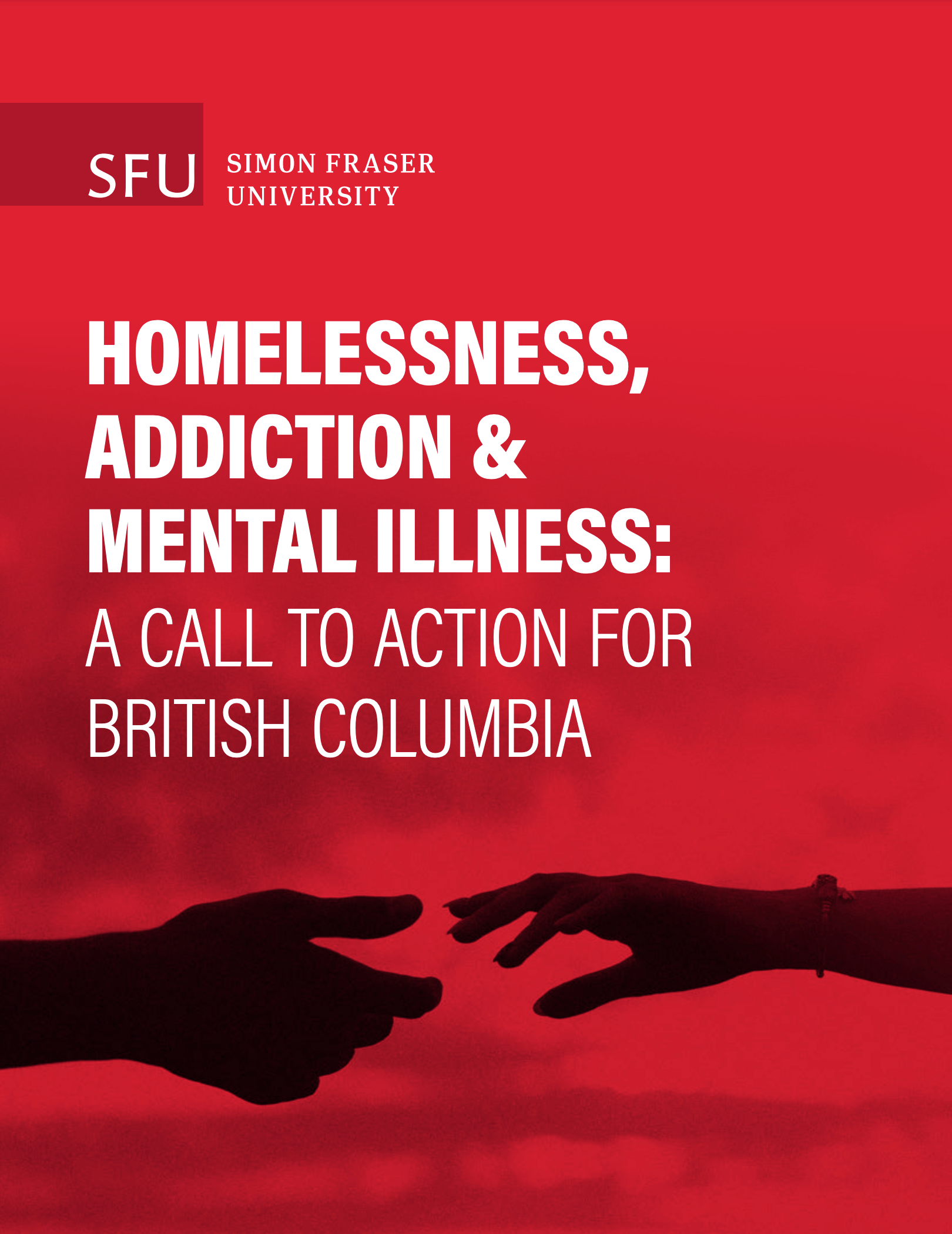 A group of SFU researchers, headed up by Julian Somers, SFU Distinguished Professor,
Health Sciences, conducted research showing the most effective ways to end street homelessness. Their research included head-to-head comparisons of housing people together in single buildings such as the proposed supportive housing for W7th/8th & Arbutus versus in scattered settings.

Their research showed that scattered housing is strongly preferred by people who need help and is better for communities. Although both approaches cost the same, only scattered housing causes reductions in crime and medical emergencies. We're grateful for their detailed research and efforts in addressing these issues.

You’ve seen people who are homeless and know that they are likely experiencing mental illness, addiction, or both. And you care because they are fellow citizens who deserve help and because addressing homelessness is best for you too as it means less disorder, suffering and crime in our city.

This blog is a call to action by YOU for the purpose of getting the provincial government to make different decisions about how to deal with housing and homelessness in Vancouver.

The CURRENT MODEL, which is to give people who are homeless housing in congregate supportive housing buildings does not work. It is PROVEN NOT TO WORK. A group of world-class researchers at SFU have conducted rigorous research which has proven this. A congregate model works for families on low income and seniors but it doesn’t work for people leaving homelessness with mental illness and addiction. This is because housing is directly related to our psychological and physical health. In family housing developments children can play in communal courtyards and parents can cook together and support each other. Seniors can be company to one another. BY CONTRAST in congregate housing for people with mental illnesses and addictions there is the opposite effect - it requires them to be resilient to the erratic behaviour and drug use of others as they try to improve their lives. People with mental illness and addiction have limited opportunities to recover when they are forced to live with others who struggle with the same issues, and when they are asked the vast majority have a strong preference for independent housing.

THERE IS EVIDENCE OF A GOOD SOLUTION

The good news is that there is a scientifically proven way to help people recover from homelessness, mental illness and addictions. The approach is known as recovery-oriented housing and was tested in randomized controlled trials (RCTs) across Canada, including in Vancouver. Recovery-oriented housing focuses on long-term psychological wellbeing rather than medical care and giving people addictive drugs. Teams help their clients to select homes in market rental buildings and to rebuild their lives including resuming work, reconnecting with family, and being members of healthy communities. Taken together, the things that teams focus on are known as the Social Determinants of Health and they are essential to both harm reduction and recovery.

A common thought among some Vancouverites who aren’t connected to this work is that the problem with our current model must be a lack of resources. Wrong! The research led by SFU included head-to-head comparisons of housing people together in single congregate buildings versus in normal rental housing. The results are published in numerous peer-reviewed journal articles showing that even when a building has an extremely rich menu of resources on-site the residents made little progress re-building their lives compared to those offered recovery-oriented housing. People in congregate housing had the same levels of crime and medical emergencies as people who remained homeless. This is because the congregate environment didn’t offer them the best chance of attaining WELLNESS. The culture of their building simply imported the culture of the street. That doesn’t happen in scattered housing sites, where people describe the benefits of feeling normal and experiencing BELIEF IN A BETTER FUTURE.

Simply put this is not a situation where increasing the dollar amount of resources for a housing operator can make it work. The model of congregate housing for people with mental illness and addictions doesn’t create wellness. Although both approaches cost the same, only scattered recovery-oriented housing causes improvements for both individuals and their communities. Unless the model changes Vancouver will continue to experience the negative effects that come from ineffectively housing people who are homeless.

IT CAN BE DONE. IT HAS BEEN DONE!

Doing housing differently may not be easy and may appear threatening to politicians and others with a vested interest in the status quo. But evidence shows very clearly that it can be done in Vancouver and elsewhere. It results in reduced crime, better cost-effectiveness for taxpayers and achieves social reintegration for people with mental illness and addictions.

It has also been done successfully in countries such as Portugal and Finland. Why is BC shortchanging people with mental illness and addictions and inflicting hardships on taxpayers by insisting on doing what’s familiar to those in positions of authority?

WE CAN CREATE POSITIVE CHANGE IF WE ACT

In July 2021 a provincial coalition led by SFU submitted a detailed plan to Ministers Eby and Malcolmson. SFU’s Call to Action describes the immediate implementation of recovery-oriented housing in four BC regions, including Vancouver, where the needs are greatest. Nearly one year later there has been no response, while visible problems and ineffective public spending escalate. Consider that the evidence used to select COVID vaccines came from RCTs and was acted on immediately. By contrast, evidence from Canadian RCTs addressing homelessness is being ignored. Why, and for how much longer?

You can help to CREATE CHANGE by emailing your Provincial and City representatives and notifying them that there is a proven better way to help people experiencing homelessness, mental illness and addiction, We must stand together as community members, concerned citizens, and taxpayers and insist that our elected officials implement proven effective action and stop perpetuating the status quo. Please act!

For more information on the call to action SFU researchers, including Julian Somers, see https://www.sfu.ca/carmha/publications/c2abc.html.

Media Release: GOING AGAINST EVIDENCE AND DEMANDING DESTRUCTION OF A CRITICAL DATABASE

BC Housing and the province chose to commence five large, congregate housing projects in Vancouver,...