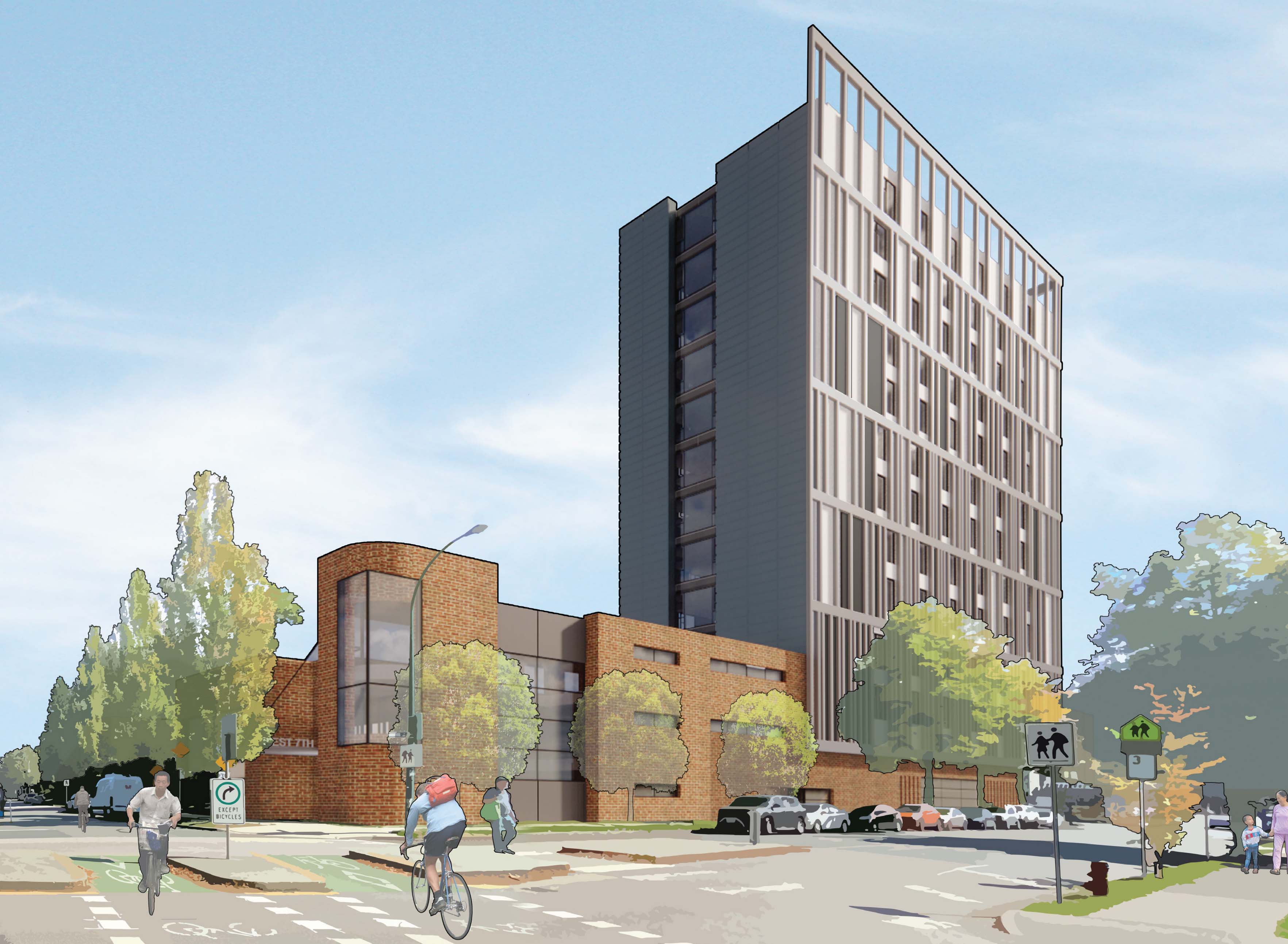 Vancouver, BC (May 9, 2022): Recent changes by the City of Vancouver, BC Housing and the Vancouver Affordable Housing Agency to the rezoning application for 8th and Arbutus shows that all three continue to manipulate community feedback, and misrepresent the basis of the rezoning application which will dramatically change the residential neighbourhood for decades to come.

“It is clear that by attempting to reduce the numbers of the units and allocating 50 per cent as Housing Income Limits (HIL) subsidized units, BC Housing, VAHA and city staff are trying to mask the shortcomings of the proposed development for hard to house individuals with serious addiction and mental health issues,” said Karen Finnan, a spokesperson for the community-based Kitsilano Coalition. “There is a complete lack of clinical supports, and the proposed operator lacks experience when it comes to a site of this size. The proposed changes are also a clear attempt to try and sidestep the fact that this is not actually affordable housing, but low barrier housing without supports, which will compromise the safety of the tenants, as well as the surrounding children, families, seniors and residents in the neighbourhood.

Finnan says the amendment makes the proposed building less safe for the HIL subsidized tenants because they would be living in a building that allows drug use, including an onsite drug injection site.

“BC Housing is now advocating to place those who are at risk of homelessness or moving out of homelessness into the tower, alongside people suffering from severe mental health issues and addictions,” said Finnan. “The residential mix will further intensify an already vulnerable population inside the tower. At the same time, the amendment does not address the very real impact on the hundreds of children at nearby schools and playgrounds, as well as residents of a local women’s supportive housing and recovery home.”

“To say that these changes were made based on community feedback is another misrepresentation by the City and BC Housing,” explained Finnan. “The tower’s height and size remain unchanged, and it remains a low barrier facility with a drug injection site right next to hundreds of children. Once again, the community’s concerns and opinions have been ignored and sidelined. Frankly, the public engagement process completely ignores the community, particularly when the City and BC Housing don’t like what they hear. When it comes to city staff and BC Housing our opposition and concerns are falling on deaf ears, which is why we are reaching out to city council. We need our elected representatives to listen to the community.”

Finnan said the neighbourhood wants Vancouver City Council to reject the BC Housing proposal, and direct that city staff and BC Housing deliver a proposal that includes real community feedback and fits the neighbourhood, which includes support for housing for vulnerable families, single parent led families and seniors. “A proposal like that, one that is compatible with a neighbourhood of young families, vulnerable women, seniors and more than 1,500 children attending schools within four blocks of the site makes much more sense than what’s being proposed right now,” said Finnan.

About the Rezoning Application

The original BC Housing proposal for a 13-storey tower at 8th and Arbutus consisted of 140 single rooms for hard-to-house individuals with serious mental health and addiction issues. The tower will include a common use unsupervised drug injection site with no clinical or wrap around support services for tenants. The proposed rezoning site is owned by the City of Vancouver and is 20 meters from 500 vulnerable children at an elementary school, a popular toddler park and adjacent to the Arbutus Greenway, as well as established subsidized senior housing and a supportive housing complex for women fleeing domestic violence. The original proposal generated overwhelming opposition from over 75% of respondents during the City’s Community Open House process which ran from October 2021 to January 2022.

The amended proposal is for 129 single units, and BC Housing has advised half of the rooms will now be allocated as HIL based units, which is for those below a liveable income level and are government subsidized.  Although the amendment asserts the change in tenant composition and reduced unit numbers was in response to the community, the amended proposal does not address the community’s feedback for public safety, a reduced building size, or the impact on a thriving neighbourhood of families, children and seniors.

About the Kitsilano Coalition

We're a community-based coalition of individuals and organizations that care about their neighbourhood and city. The coalition is focused on promoting and protecting a safe, friendly, and inclusive living environment within the Kitsilano community through initiatives that address proposed developments, housing, transportation, and infrastructure. In addition, the coalition also believes residents and neighbourhoods need to be consulted and heard, particularly when it comes to issues such as development, housing, transportation and other issues important to our city. As a forum for community input and expression, we come together to give stakeholders a voice and believe that compassion and empathy need to be coupled with intelligent, proven, and well thought out solutions that can help make a real and positive difference.