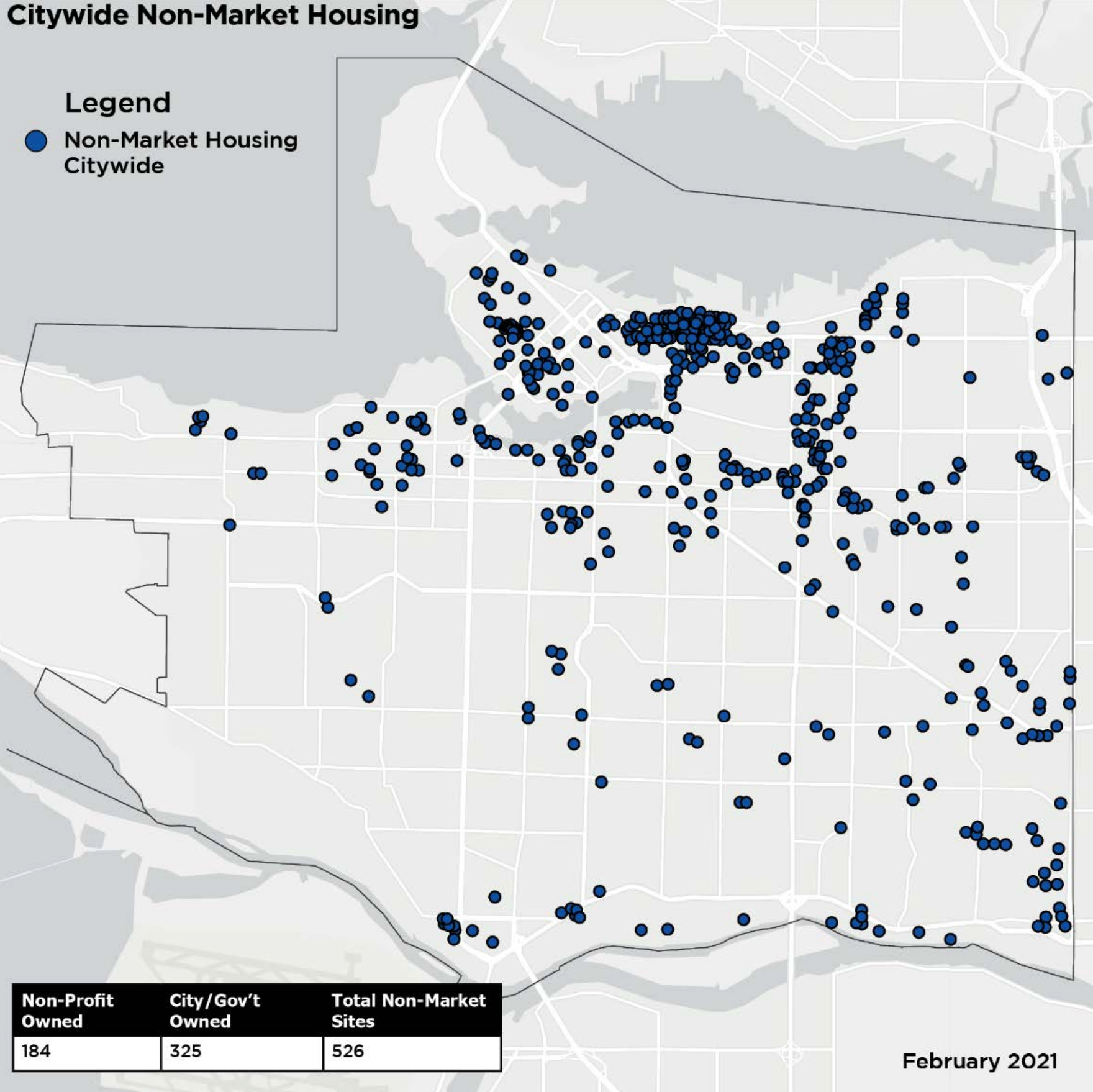 Everyone acknowledges a real issue with the lack of affordable social housing in BC and Vancouver.
But if that’s the case, why wouldn't BC Housing and the City of Vancouver take advantage of the opportunity provided by a critical piece of City-owned property at W7th/8th and Arbutus to address this issue with a social housing development?

But this is social housing, isn’t it?

Although the City of Vancouver and BC Housing have termed the 7th/8th and Arbutus rezoning proposal "social housing", it's completely misleading. This rezoning application is for selective high-density, 100% low-barrier “supportive housing”. Supportive housing is defined by the City of Vancouver as: “a specific type of social housing that includes on-site supports and services, and is often intended for individuals and families at risk of homelessness facing challenges with mental health or substances.”

To be clear, the housing at this location is specifically intended for single resident occupants only and will have limited on-site supports and no complex supports. It will only house an at-risk homeless population, many of whom will suffer from alcohol and drug dependencies and mental health issues requiring complex support.

This housing will also exclude single-parent and women-led families and seniors not experiencing homelessness which is generally acknowledged to be a growing demographic following on from the pandemic.

While there is substantial social housing already in Kitsilano and the reality that there needs to be more, this type of low-barrier supportive housing will be placed in an area that simply does not have the infrastructure or supports in place to support these residents adequately.

(Source: Amendments to the Zoning and Development By-law to Increase Social Housing in the RM-4 and RM-3A Zoning Districts, City of Vancouver)

Although it’s easy to talk about a rapid transit system to bring the residents to those supports, the reality is that this particular population of residents will require much more localized care and on-site supports than are currently even being considered.

The confusion and misrepresentation continues

So why has the City of Vancouver, in close collaboration with BC Housing, chosen to represent the development at W7th/8th and Arbutus as “social housing”?

We don’t have to look far to understand the reason. There are numerous people we’ve spoken to and heard from who are confused about how this development will be purposed, ranging from residents in the community to affordable housing advocates. Some elderly residents even believe that this building is being created to meet their needs.

Nothing could be further from the truth, and these misconceptions will create issues down the road for both this development and the City of Vancouver unless they’re addressed now.

Some Councillors, including Pete Fry, have recognized this vagueness in social housing, but there hasn’t been a political will or movement to address it. In the case of this proposed development and rezoning application, the City of Vancouver staff and BC Housing appear to be exploiting this confusion for political reasons. Simply referring to a project as “social housing” has emerged as a tool to abuse what should be a transparent consultation process. The vagary has even appropriately been referred to as bizarre.

Where do we go from here?

We're opposed to the rezoning application for this failed low-barrier “Supportive” Housing model at the W7th/8th and Arbutus site. It’s disingenuous to describe it as “social housing”, and it’s not even supportive in its current form. We call on the City of Vancouver and BC Housing to be transparent about how this housing will be purposed.

Are you interested in learning more about the issues? Please see our list of common questions people are asking about this development.

An independent review of BC Housing shows a lack of governance, a lack of diligence in awarding...